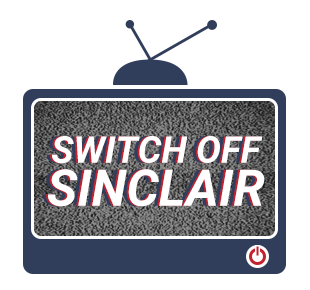 Sinclair Broadcast Group is buying up television stations across the country and then forcing them to air right-wing propaganda.

Sinclair stations reach 40% of American households across the country. Instead of broadcasting objective, nonpartisan news, Sinclair forces stations to run pro-Trump messages and downplay news stories that would hurt his administration or other conservative lawmakers.

Right now, we need 50,000 Americans to pledge to switch off Sinclair and send them a message that we won’t stand for right-wing propaganda.